Damian just returned from a weekend visiting his sister in Amsterdam and had his first Queen’s Day experience and learned that it is best avoided if you don’t like the colour orange! Otherwise, it’s a great party in an amazing city!

This past weekend I managed to gain an insight into a fantastically colourful celebration that I never would have known about was it not for my sister moving to Amsterdam a couple of years ago. Queen’s Day, or Koninginnedag as is it known in the Netherlands, is a national holiday in honour of Queen Beatrix and is celebrated on April 30th of each year. Now, I’m most certainly not a monarchist, but why let that get in the way of a good party?! Not being religious never stopped me making the most of Saint Patrick’s day! 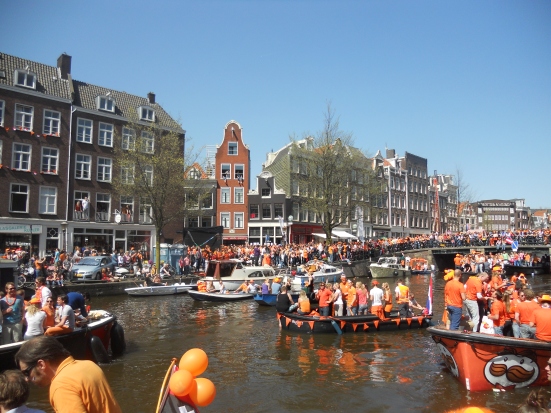 The whole country becomes a sea of orange while millions of revellers flood the streets of Holland’s towns and cities in a spirit of togetherness, community and, in my experience this past weekend, beer! Everyone I met had a welcoming and positive attitude while the whole of Amsterdam just seemed keen to have a good time. The guys and girls in the photo below had no idea who I was, but greeted me like an old friend when I stopped to take their picture. 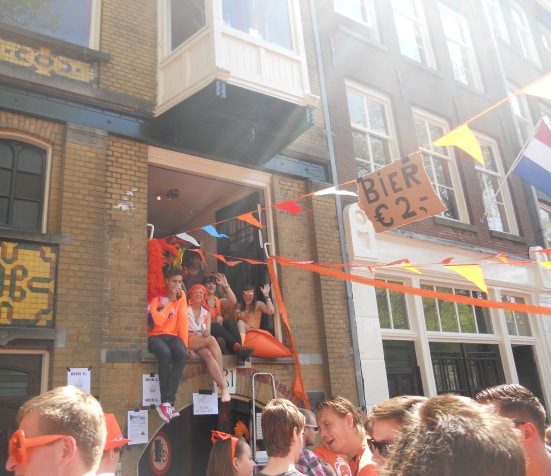 The canals were jam-packed with boats and barges, many of which transported wannabe DJs whose music blared out while they travelled the city’s waterways. Live bands adorned the stages occupying many of the street corners and any bar worth its salt set up al-fresco service areas to make the most of the passing trade, of which there was an abundance! 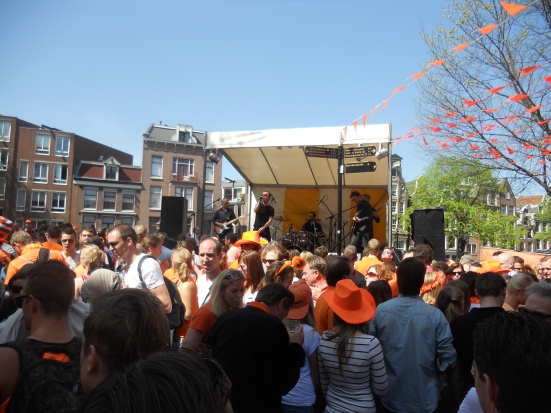 One tip would be that if you wish to spend a penny, expect to spend a Euro! Most places in the Netherlands charge for the use of public conveniences, even outside of Queen’s Day. On the day itself, many residents of Amsterdam will be happy to let you use their facilities… for a small donation! A quirk, but good to know, especially if your bladder is the size of a pea, as the crafty traveller would no doubt agree. 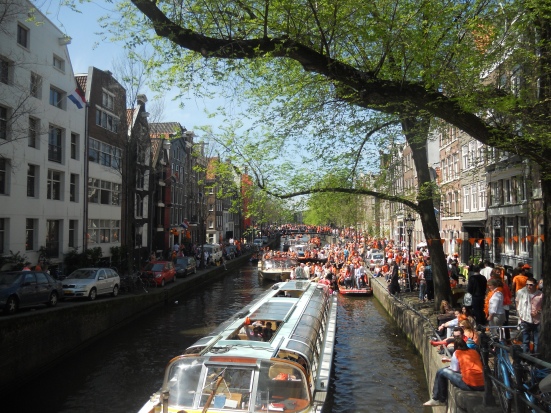 Queen’s Day is definitely worth experiencing – something a little different to the tried and tested reasons to visit Amsterdam (decriminalised or otherwise!). Don your orange wig, grab yourself an Amstel and enjoy this fantastic annual spectacle in one of the world’s coolest cities. 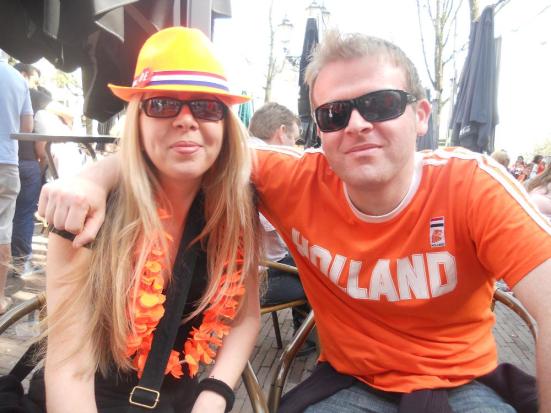 Have you ever celebrated Queen’s Day in Amsterdam? 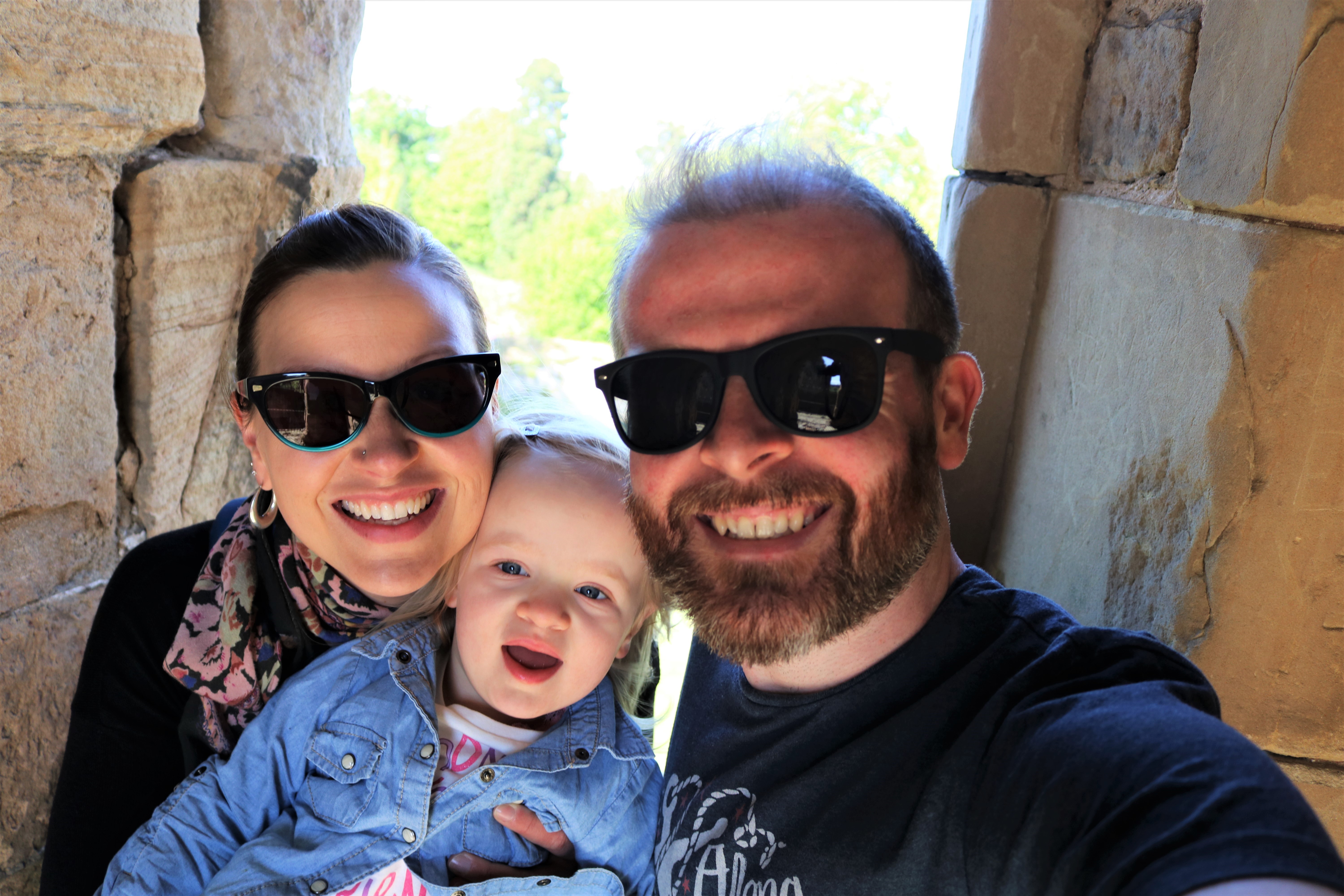