It was with heavy hearts that we packed up the car and closed the front door for the final time in Pézenas. We were only there for 60 days but it had quickly begun to feel like home. We had friends and family come to visit us there, we had welcomed them into the house as if it was our own, and we had shown them around the town like locals. Even though I’m a homebody at heart, I’m really not particular and any home will suffice. I even call hotel rooms ‘home’ after a couple of days. Home is where my bed is, I think. 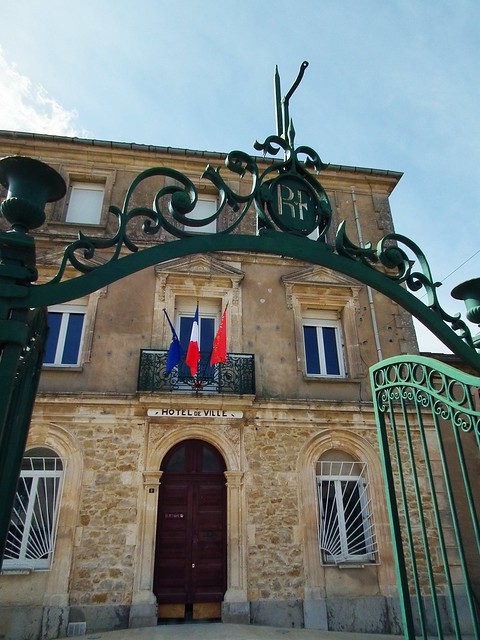 Less than an hour after leaving Pézenas we had arrived at our second home in France, a small town called Moussan, just outside of Narbonne. We were greeted at the gate by a cacophony of barks, a chorus that is to become the soundtrack to our lives for the next six weeks.

For the next six weeks we will be caring for a grand old house, and two charming dogs-Tinou and Ferdinand. While our hosts are off on travels of their own, we have been entrusted with the care of these two furry beasts, and in return we get free accommodation and the opportunity to explore a new part of France. All in all, it’s a pretty good deal if you ask me. 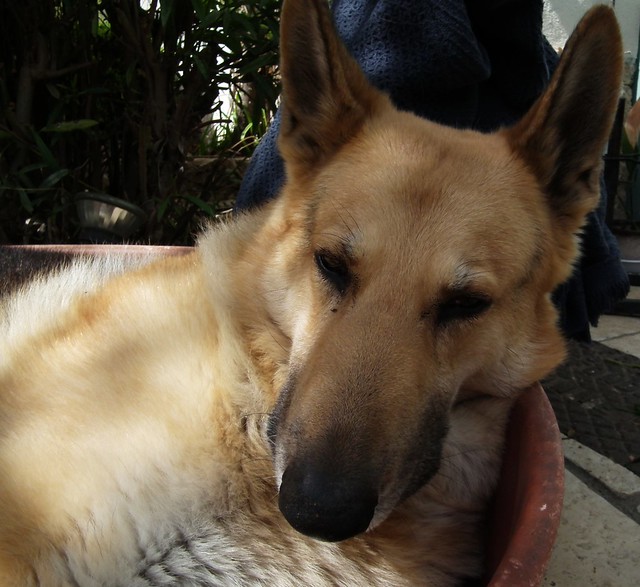 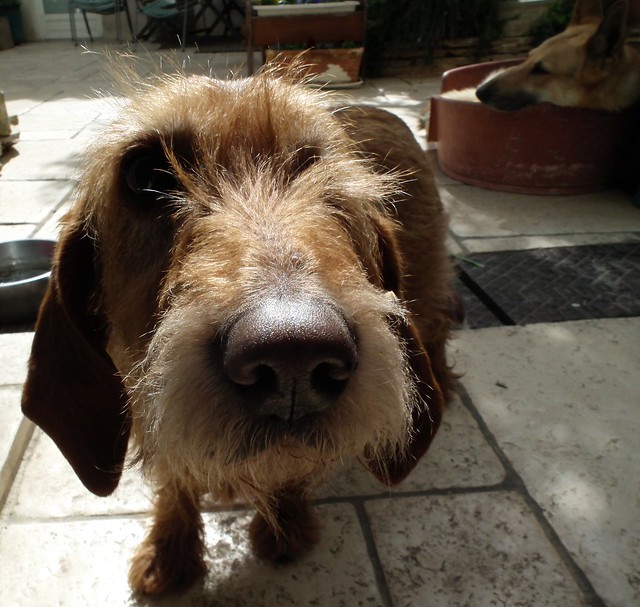 Tinou (pronounced Tea-new), otherwise known as Nelson due to having only one eye!

Prior to leaving Pézenas I was apprehensive about our new undertaking. It’s been a long time since we have had any responsibility to anyone or anything but ourselves and as neither of us has ever had a pet dog ourselves we really weren’t completely sure what we had gotten ourselves into. As it turns out, we had nothing to worry about. We’ve settled into life with our two furry companions quite easily. Our days have been spent playing a perpetual game of kick-fetch, walking the dogs amongst the never-ending local vineyards and getting to know our new home. 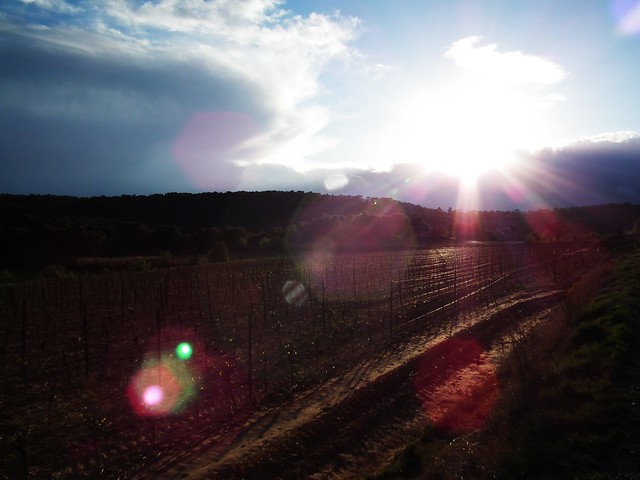 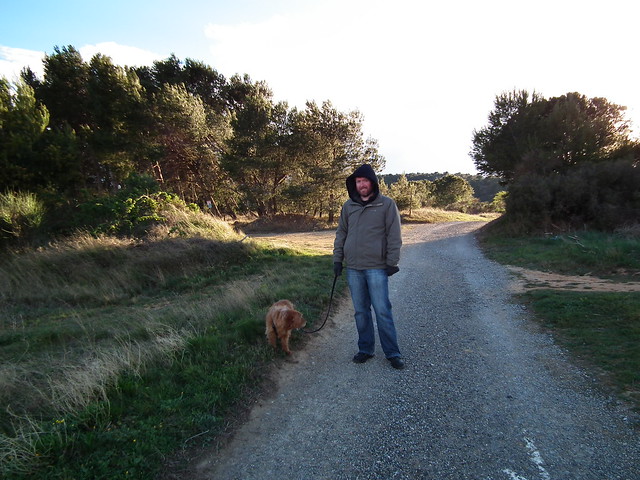 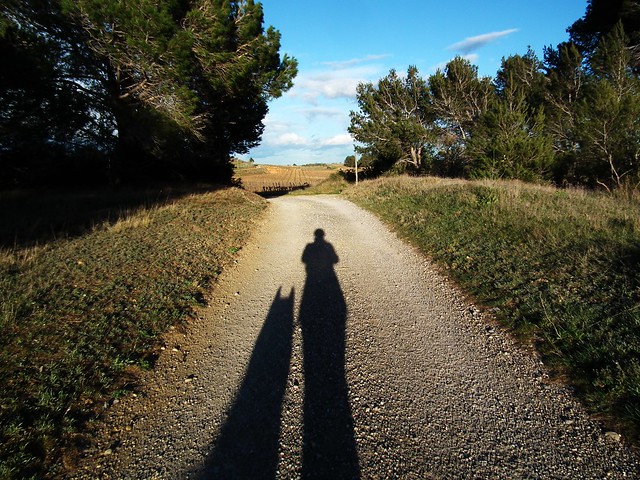 Things aren’t all sunshine and roses. Quite literally, as a matter of fact. We had been having the most amazing weather here, the type of weather one moves to the South of France for. In mid-March we were being treated to bright sunshine and wide open blue skies and we had, unfortunately, become accustomed to it. We began to think that 20 degrees was normal for this time of year and that the weather would only get better from here on out. Sadly, this was not to be and the temperature has dropped significantly in the last couple of days. On top of the chilly temperatures, we have also been treated to rain and howling winds. Bienvenue au Moussan, Amanda and Damian! Fortunately, our apartment has a wood-burning stove so we’ve been cozy inside while the winds have been spinning around outside. Today we have thankfully been given some respite from the evil winds and the sun is shining again. Long may it continue! 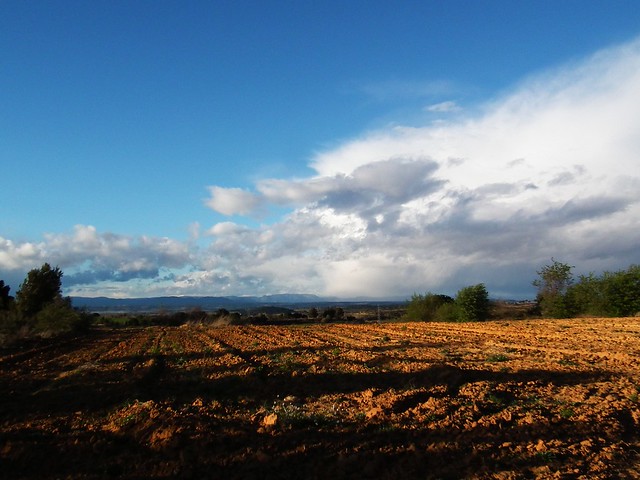 2 thoughts on “In the Dog House – House sitting in France”