Yesterday a miracle happened, something that I never thought would actually come to pass.

After about seven years of visiting Northern Ireland and waiting for the perfect opportunity, the weather finally broke and I got to cross the famous Carrick-A-Rede Rope Bridge.

I know, this all sounds very dramatic, but yesterday was the third time we have made the trek up the Antrim Coast from Belfast and every other time we have been met with horizontal rain and gale force winds – not exactly the weather one is hoping for when looking to cross a flimsy rope bridge strung 100 feet above the frigid North Atlantic Ocean.

Third time’s the charm, I guess. 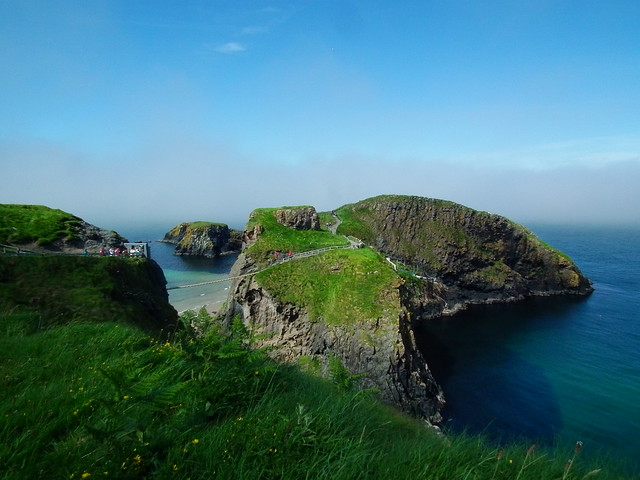 The Carrick-A-Rede Rope Bridge is a National Trust site located about an hour away from Belfast along the beautiful Causeway Coastal Route. A leisurely one kilometre stroll from the parking lot brings you towards the tiny island of Carrick which can only be accessed via a stomach-churning rope bridge that spans the 20 metre chasm between the mainland and the tiny island. This is not a feat for the faint of heart – even without a fear of heights I could feel my stomach swirling like the ocean that is 100 feet below. 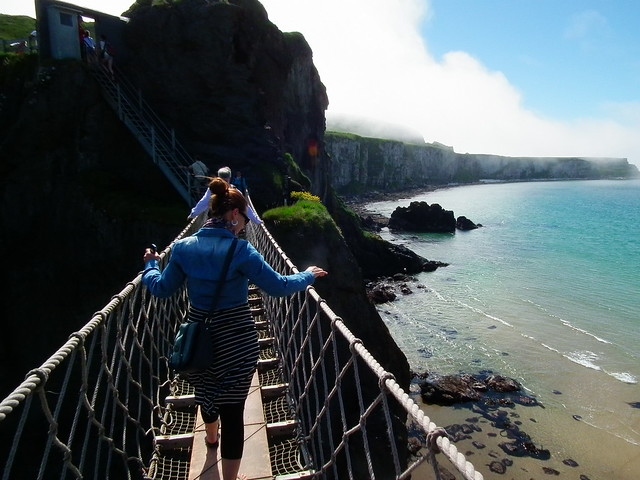 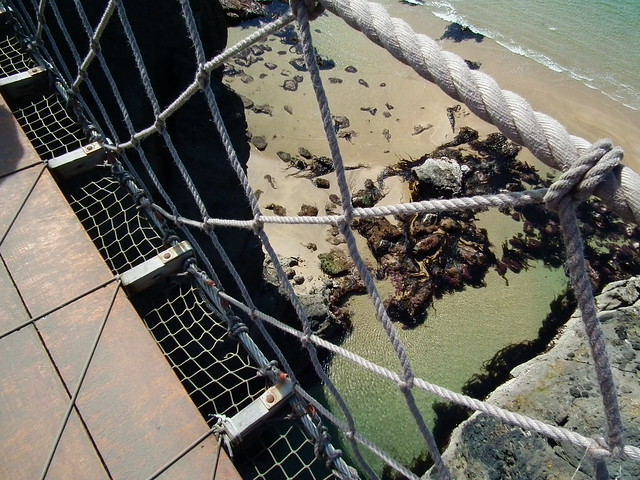 The bridge as it exists today is nothing compared to what it was originally, a temporary bridge that fishermen erected every season in order to set up nets to catch Atlantic salmon. The bridge is no longer used by fishermen due to the over-fishing of Atlantic salmon, but over 250 000 visitors a year flock to the site in order to take the rope bridge challenge and explore Carrick Island, a site of special scientific interest.

When we arrived in the parking lot we found ourselves engulfed in dense sea fog, despite the bright sunshine that we had left behind in Belfast. As we walked towards the bridge the fog slowly lifted, providing breathtaking views of the emerald-green cliffs and turquoise waters. 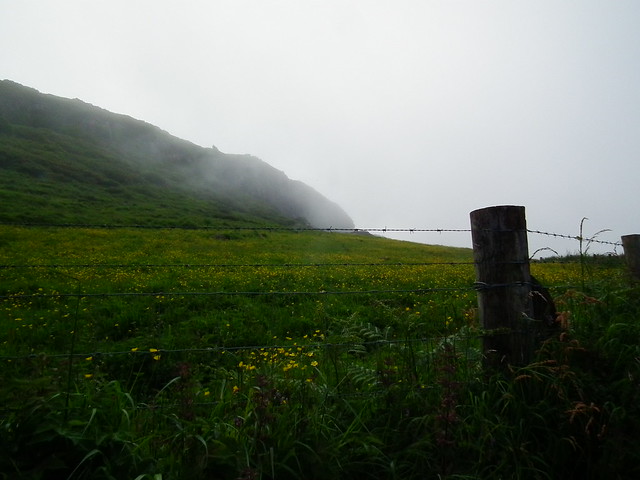 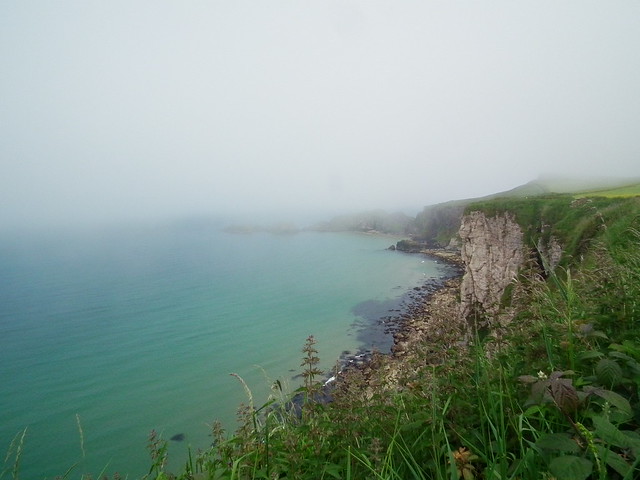 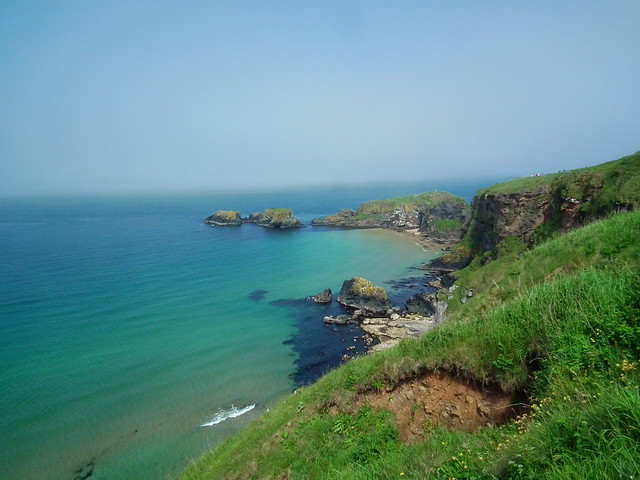 On the island the sun only got brighter and the views only more beautiful. This is exactly what you’re looking for when visiting Ireland, is it not? 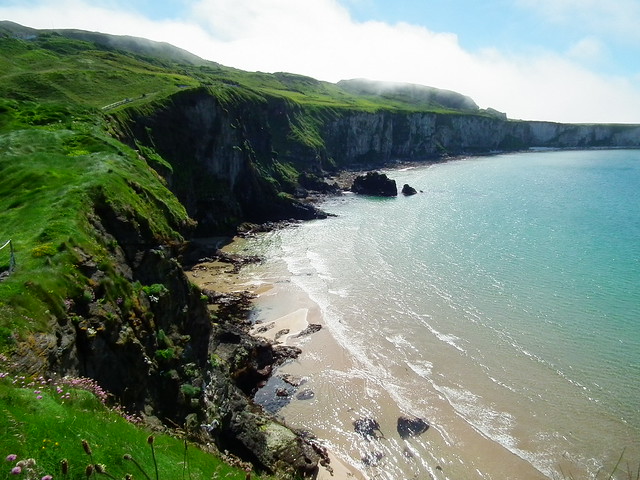 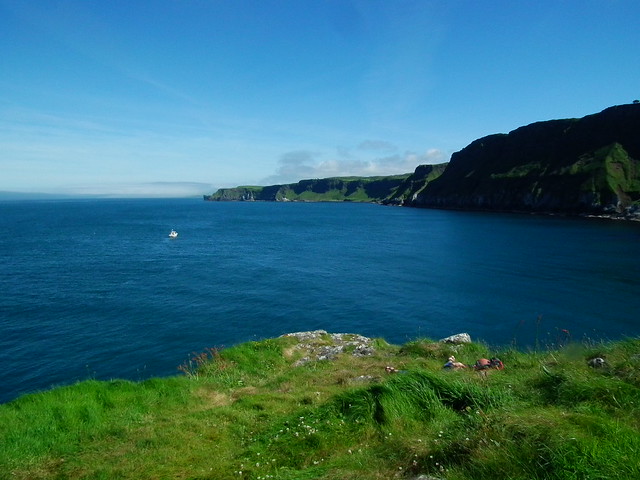 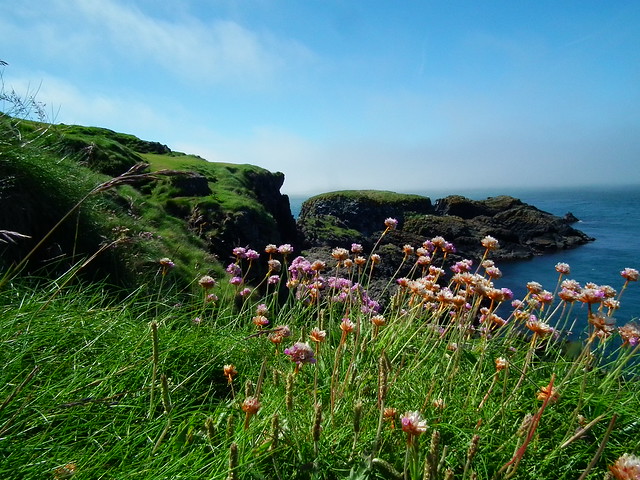 On a bright, sunny day I can’t think of many places more beautiful than the Antrim Coast, so if you get one, grab it with both hands and head north! And, hey, if the weather’s changed by the time you get there, there’s always the Bushmills Whiskey Distillery just down the road!